It's been a while since I've posted anything, but that isn't due to a lack of things to talk about. I've just been extremely busy lately. So here's a quick run down of the last few months.

December - Christmas vacation was spent this year in Italy and Switzerland with a one day detour into France on Christmas day. We managed to continue our tradition of getting some snowboarding in over the holiday as well.


My husband made a trip to the US right before our trip, so he was able to bring back lots of new gear and goodies, including a new snowboard for my daughter. She wasted no time breaking it in as we did some boarding near the Matterhorn.

January - I lost another dear family member in January. My beautiful and fun loving Aunt Gloria was diagnosed with cancer last fall about the same time as my Grandfather. She was only 56 and the life of any party.

Our family has been hit hard over the past 6 months, and mere words can't express how much I hate cancer. It is an ugly and vicious disease, and it's more than just a scary word when it affects your loved ones. Still as horrible as it may be, I know my dear aunt beat it the day she passed on to Heaven.

January also brought smiles when we added 2 more members to our family. For months, I had been scouring sites for local pet rescue groups here looking for a playmate for Shadow our 6 year old black lab. Well, I found a sweet female lab that desperately needed love after being seriously neglected. When we showed up to meet her, there was also a cute little female black lab/weimaraner puppy that also needed a home.


My husband and I sat at this lady's house for over an hour playing with and holding both of these sweet girls trying to figure out which one we should adopt. They were both so lovable and they both needed a home where they could get lots of attention. For me taking both of them seemed like the obvious answer, but I never imagined I would get my husband to agree. Well, it seems he's a big softy when he wants to be. He couldn't leave one of them behind either.

So now we have Raven and Stormy. That brings the pet total in our house to a whopping 4, with 3 dogs and 1 cat. Shadow loves his new friends, and the cat.....well she hasn't killed them yet.

February was filled with lots of love here in the Dhabi, as I affectionately call it. My dear husband once again managed to top my Valentines Day gift for him. I was so sure I had him this year too, because I got the gun loving love of my life a membership at the Officers Club shooting range here.

Oh but no, he blew my gift away with a Valentine's Day that seemed to never end. I woke up to this on my bedroom wall:


Then there was dinner on the beach at Emirates Palace.


I thought we were headed home from dinner when he took a detour to Shangri-la, and surprised me with a large balcony suite with views of the Sheikh Zayed Grand Mosque and the beach.

He also had purple roses waiting for me in the suite. It's a tradition that I get some type of purple roses every year for Valentine's day. I've received them as paintings, glass sculptures, earrings, paper, and the list goes on and on for the past 18 years. Every now and then, he just gives me the real flowers, but they are usually in a unique setting. Well, he didn't disappoint this year.


The next day, when I thought a private breakfast on the balcony was the end to our little Valentine's love fest, he gave me yet another gift. It seems he's heard me whine and moan about my back one too many times. He booked us for a 2 1/2 hour package at the Chi Spa at Shangri-la complete with a chocolate wrap treatment. Man, I love this guy!

March brought some exciting American football. Yes, that's right AMERICAN football.  My son has been playing with the Abu Dhabi Wildcats senior football team that is part of the newly formed Emirates American Football League since last October. In March, they became the league champions winning the first ever Desert Bowl.


It was so great to be able to watch my boy doing what he loves most again. I'm already looking forward to next season.

Well that is it folks, lots going on here in Abu Dhabi.
Posted by YABBA DHABI DOOOOO! at 7:24 PM

YABBA DHABI DOOOOO!
Abu Dhabi, United Arab Emirates
I'm an American wife and mother from Virginia. I married the boy next door years ago and we have two awesome teenagers. In December of 2010, I quit my job after 16 years in mortgage banking, and packed up the kids and pets to follow my husband's career halfway around the world to Abu Dhabi in the United Arab Emirates. 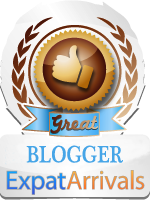 Join My Fans On